Flea Bites VS Mosquito Bites: How Can You Tell Between The Two?

Have you ever been bitten and have not known what insect it was that bit you? When it comes to flea bites vs mosquito bites, a lot of people get confused. This is because most insect bites look very much alike. In general, some redness and a bit of swelling will develop. But a closer look can actually reveal the culprit. We will help differentiate flea bites vs mosquito bites.

In most cases, insect bites are harmless, and they will typically disappear on their own. But when bitten by specific bugs, some people can develop allergic reactions. In severe cases, the bite can also lead to deadly diseases that are carried by the insect vectors and placed directly into your bloodstream.

Being able to identify between flea bites vs mosquito bites is essential so you will know what treatments you can do for your skin, and what procedures you need to do to get rid of the culprit in your home. Keeping in mind that different insects will require different procedures for its elimination.

Flea Bites VS Mosquito Bites: How Can You Tell Between The Two?
How To Identify Flea Bites
Identifying Mosquito Bites
What Should You Do If You’ve Been Bitten?
Conclusion

How To Identify Flea Bites

You need to know that flea bites can happen even if you do not have pets inside the house. There are six species of fleas and one of them will not need a pet as a host. The human flea, will literally make leaps and bounds until it can find its way to a human that can provide ample sustenance and nutrition.

Fleas suck literally and figuratively. This is because fleas can carry diseases such as the cat-scratch fever, typhus, and even the plague. They can also create bites that are painful, itchy and very annoying. But fleas suck literally because they do not actually bite, they use piercing mouth parts to draw out blood.

This mouth parts can create a bite that looks like a wheal, or a papule. Flea bites actually have a distinct appearance that can be seen as a blister, or a bump with a red area in its center. It can also be described as red haloes on your skin. They can be found in the feet or legs, but they can also bite other body parts.

Fleas can bite you several times, and they can leave behind several isolated bite marks in your body. They can also leave bites that are look irritated. Depending on the person, flea bites can actually be very itchy and painful, as a matter of fact, they can even stay on your skin for a week, maybe more.

Unlike other similar bugs, fleas rarely carry dangerous diseases. While the odds are small, there is still a chance that you can develop health issues after getting bit by a flea. The most common problem caused by flea bites are due to an allergic reaction.

The primary symptoms of an allergic reaction are itching and swelling around the bite. Excessive scratching will only cause the symptoms to get worse, and it may cause a rash to spread on the skin. Someone with a serious allergy to fleas may become nauseous and have trouble breathing after getting bit. They should seek treatment as soon as their symptoms appear.

In addition the allergic reaction, there is also a chance that the flea bite may become infected. This primary occurs after scratching the bite with dirty hands. This will cause the skin to turn bright red. The area around the bite will also start to hurt once it becomes infected.

Mosquito bites on the other hand is also characterized by redness and swelling. However, it does not create the red halo appearance and it will also not create a centralized red spot. Mosquito bites can typically look like raised red bumps, without looking like a rash or a skin irritation. 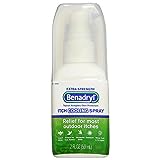 There are people however, that do develop a bad rash, or skin irritations after getting bitten by a mosquito. This is because their saliva contains proteins that can trigger allergies. Some will also have this mosquito bite appearance if they choose to vigorously scratch the area.

Mosquito bites will typically have a colorless and puffy appearance at first, it can have a red dot at the center later on, but in general, it will end up having a red color entirely. It will also be hard to the touch, and sometimes, it can be severely itchy. Once it bites, a stinging sensation can be felt right away.

Mosquitoes will typically bite areas of your body that is exposed. It can bite areas without any clothing, this is why it can create isolated bumps and swelling. If the bite occurred outdoors, or while you are active, then there is a good chance that a mosquito, and not a flea bit you.

While fleas very rarely carry dangerous diseases, that is not the case with mosquitoes. The disease is picked up after biting an infected animal or person. The mosquito then transmits the disease to everyone else it bites after this moment. The most common diseases that are found in mosquitoes in the United States are West Nile, Zika and encephalitis.

West Nile will cause you to develop flu-like symptoms that can last for several months. The most common symptoms associated with Zika are joint pain, skin rashes and a fever. These symptoms generally disappear after one week.

Some people may not experience any symptoms after getting Zika. Encephalitis causes minor inflammation to develop around the brain. Most people with the disease deal with a fever and sore throat for about a week. There is a very small chance that encephalitis can cause mental confusion, seizures and muscle pain.

What Should You Do If You’ve Been Bitten?

The best thing to do after noticing the bite is to identify what kind of insect did it. If the appearance indicates a mosquito, then you can apply mosquito repellent. If it is a flea, then you can use an insect repellent instead. I also suggest that you take measures such as spraying insecticides to kill both pests.

You should immediately wash the bite mark with soap and water. To get rid of the itchiness, you can apply antihistamine ointments, and you can also take pain relievers if you have painful flea bites. For immediate relief, you can put a cold compress on the affected area. Be sure to avoid scratching it.

If you normally develop allergies to insect bites, you can take the proper medications. If you or your child will develop a severe allergic reaction, you should immediately go to the hospital. If you develop symptoms like fever, and head or body aches, then you might have contracted a disease from the bite.

Most people come in contact with fleas through their pets. A dog or cat can easily pick up fleas when playing outside. These fleas will then gradually move to the carpet and furniture over time. The best ways to prevent flea bites is by keeping the pet clean and giving them anti-flea medication. It is also a good idea to regularly clean the floors, furniture and bedding in the home. If the house becomes infested with fleas, then an exterminator is the only way to completely kill the pesky bugs.

Mosquitoes are unable to handle cold temperatures, so they primarily live in areas with a warm climate. They are also far more active after dark. Wearing mosquito repellent when going outside at night is a great way to avoid getting bit. If insect repellent is not available, then protect the skin by wearing a long sleeve shirt and pants. Mosquitoes need a small pool of water to breed, so it is imperative to eliminate any standing water outside of the house. Removing the breeding areas will not get rid of all of the mosquitoes in the area, so you still need to use window and door screens to stop the unwanted bugs from entering the house.

Being bitten by a mosquito or a flea can be a cause for concern not just because it can be painful, itchy, and annoying. But also because both insects are known vectors for deadly diseases. If there is an epidemic, the person bitten must be observed if he or she will develop any symptoms of the disease. 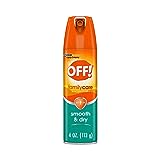 The best way to differentiate flea bites vs mosquito bites is to take a closer look at the bite mark. If it develops a red halo, or if a centralized red dot does not disappear, then there is a huge chance that it was a flea that bit you. If you have hard, red bumps, then it might be a mosquito.

But please do keep in mind that aside from the two, there are also other insects that can create the same bite mark appearances. Some of these insects can be venomous, and some can even carry deadlier diseases. Just be sure to wash it, use medications if needed, and see if you develop other symptoms.

I would like to know more about improving soils, proper watering techniques, vitamins, etc; etc. Thank you.

I have a question and I’m not sure if you would be able to answer it for me but worth a shot. I live in a household with 4 adults and a 2.5 month old baby. We have an outside sitting area that we like to gather around and just hang out; which could be relaxing and enjoyable but for me after even being outside for not even exaderatting I get torn up by either mosquitos or we aren’t sure if my sister in laws dog had brought fleas to the house but I seem to be the ONLY one to get severely bit to all hell. My legs and feet seriously every inch of them just about is covered in some sort of bite, but no one else ever seems to be affected by these mosquitos or fleas. I’m just curious as to why I am the only one that gets attacked. Could I have some sort of scent or something to my body that just attracts them to me. Most of the time everyone thinks I’m totally out of my mind until I show them the bite marks and quite frustrating. Thank you for taking the time to read my little rant/question. In desperate need of answers please help! 😞