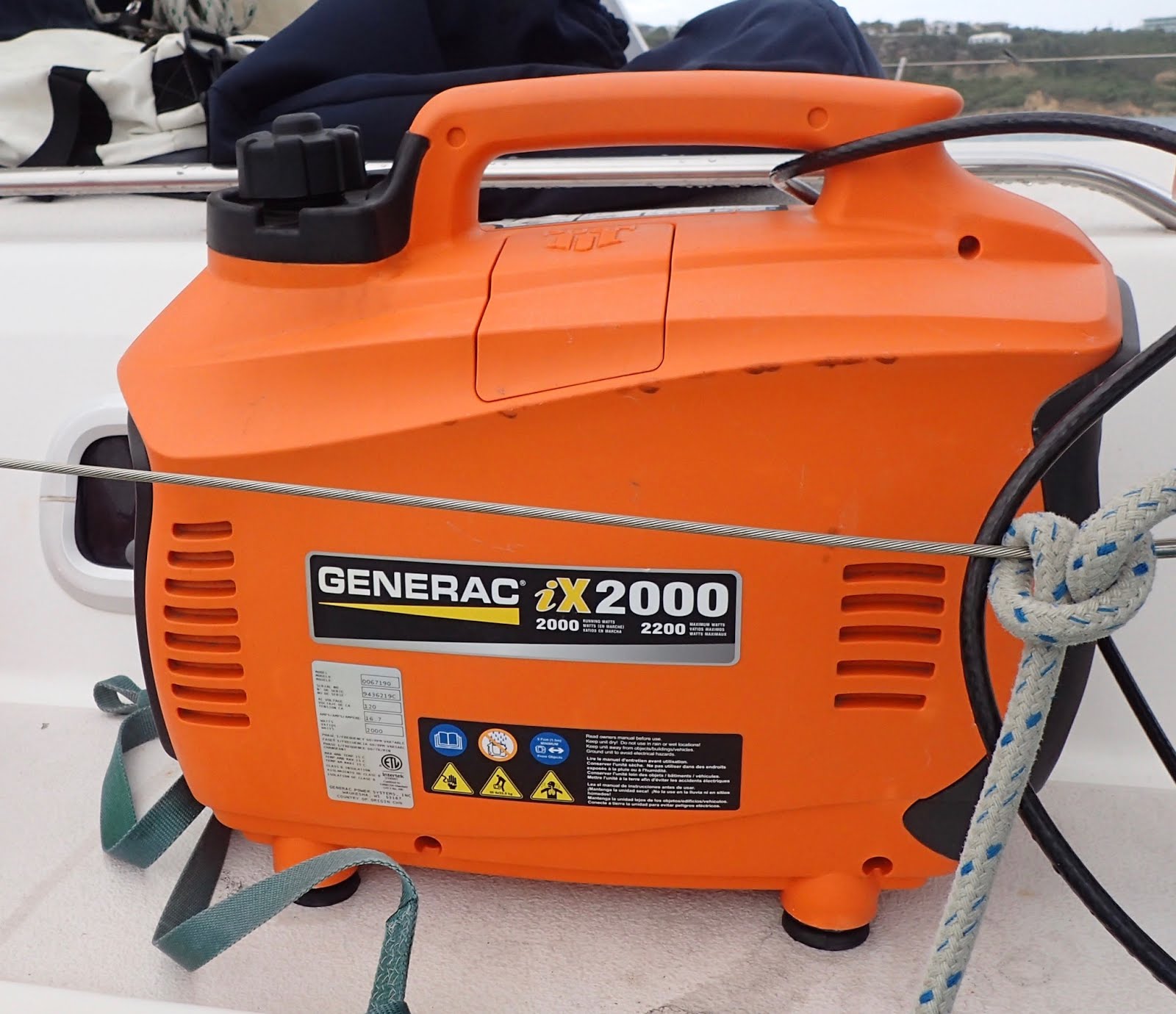 Generators can come in all shapes and sizes. While most of them are selected based on how much power they can provide, there are generators that are selected because they can offer efficiency and durability. This is why even different models from the same maker end up competing with each other.

When it comes to generators, the Generac Company has been making waves in the market simply because they are able to offer their clients with products that can match the power output of the most popular brands without being too costly. They are also known for making many useful generator series.

Some of the series that Generac has produced is the IX and the IQ series of generators. These generators are made with inverter technology and they each have their own unique features to offer. To help you know more about these two series here is the comparison between the Generac ix2000 vs iq2000.

What Can The Generac Ix2000 Offer To Potential Buyers?

Th﻿e Generac ix200﻿0 is actually rated for 2000 watts with surge watts of 2200. This makes the generator ideal not just for emergencies or for powering basic home appliances during a power outage, it is also capable of running large electronics. This generator is also powered by a large 126 cc, 4 - stroke engine.

Generac engines are typically OHV engines, which mean that they are built to be tougher and longer lasting than the other ordinary generator engines. This generator starts through a manual recoil starting system and it also has a 1 gal fuel tank that allows the unit to run for 4.7 hours at 25% of the rated load.

It has protection for its circuit breaker and it also has indicator lights to help you know more about the status of your generator. It also features an automatic shut off system just in case it no longer has enough oil to run safely. It also features Generac’s Flex Power innovation to help make it more efficient.

Its dimensions are 22 x 12 x 18 inches and despite having a powerful engine and only weighs as much as 49.6 Lbs. It also has an integrated handle that allows you to carry the unit wherever you need to use it. It is certified in 49 states and it also has a 2 year limited residential warranty or 6 months for commercial.

What Can The Generac Iq2000 Bring To The Table? 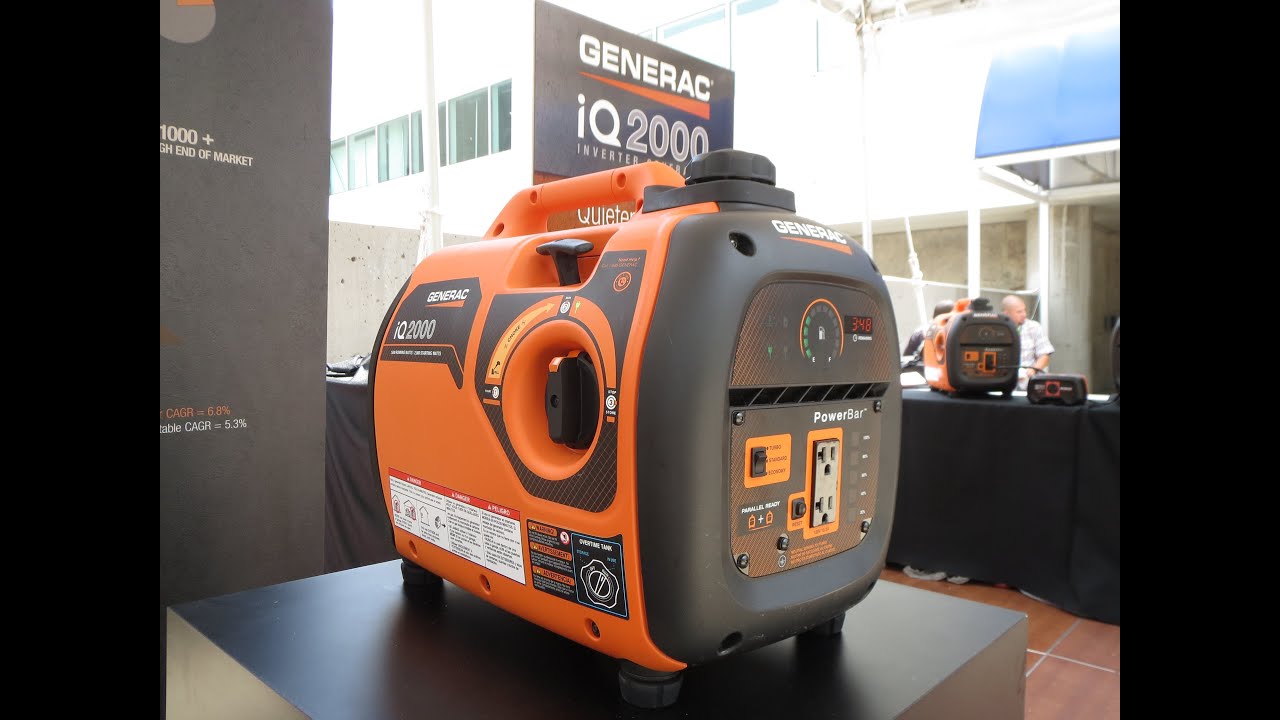 The Generac iq2000 on the other hand, is rated for 1600 running watts as well as 2000 surge watts. This means that it can provide slightly less power than the IX2﻿00﻿0 model. This also means that the generator cannot accommodate as much appliances as the other one. But it does have smart and unique features.

This generator features a Power Dial that combines the run, start and stop functions so you can control your generator with ease. This easy to use dial is only one of the things that make this generator much smarter. In fact, it also has a Power bar that allows you to see the wattage and the fuel content easily.

This generator is also parallel ready. This means that instead of having to buy a more expensive generator to accommodate your needs for more power, you can simply buy another unit of the same model. You can then use a parallel kit in order to combine the two generators and increase the wattage.

Which Of The Two Is More Powerful?

When it comes to raw power, the Generac ix2000 wins it hands down because this model can easily provide you with 2000 running watts and it has an extra 200 watts allowance for surge. This unit is also more capable of running refs, air conditioners and other large appliances in your home.

However, you should also consider the fact that having smarter and more user friendly features can also make the product more powerful in terms of practicality and usage. Even if you buy a product that gives you a lot of power, if you cannot use it properly, having it will not be an advantage.

You should also consider the fact that the Generac iq2000’s power output is not something that you should look down upon. This is because in this generator class, having 1600 running watts can be good enough to provide you with critical power back up during a power outage or during outdoor trips.

When it comes to choosing between the Generac ix2000 vs iq2000, you should know that the Generac ix2000 is definitely more powerful since it can easily provide you with higher running watts. But on the other hand, the power output of the iq2000 is not too far behind.

In fact, a 1600 watt power output is more than enough to help you run most of the basic home and outdoor appliances that you might need during a power outage or during a camping trip. The iq2000 also offers more than just a decent power output since it has smart and user friendly features.