Predator Inverter Generator Vs Honda: Which 2000w Model Should You Buy?

There are a lot of generator manufacturers today that are competing with each other and vying for the attention of serious buyers. Many of these manufacturers are trying to make sure that they beat the other makers by making their own features and being sure that their units deliver more power.

When it comes to generators, the ones that are made by Honda are arguably one of the most durable and reliable in the market today. This is why most of the other generator manufacturers are still trying to find ways to beat it. They will do this either by making models that are cheaper and even quieter.

In recent years, there have been notable products that many people claim to be better or as good as a Honda. Some of these products come from Predator. This is because their inverter generators are said to be quite efficient and reliable. Here’s how their products compare to the Honda inverter models.

What Can Honda Inverter Generators Offer?

Right off the bat, Honda inverter generators are able to offer proven and tested durability and reliability. This is something that many of the newcomers cannot provide simply because they lack the skill and experience that Honda has as a manufacturer. Of course, this feature also makes the units expensive.

Nevertheless, the Honda inverter generator, specifically their 2000 watt model, can provide you with a powerful 98.5 cc that is unmatched even by some of the new generator manufacturers. Although it is rated for 1600 running and 2000 peak watts, the larger engine is more capable of meeting that output.

The Honda 2000 watt inverter is also very light at 45.6 pounds and amazingly, it is also much quieter since it will only produce 59 decibels even though its engine is quite big. It can only contain slightly less than 1 gallon of fuel, this is why it can only run for 3.1 hours, which is still quite decent for its class.

What Does The Predator Inverter Brings To The Table? 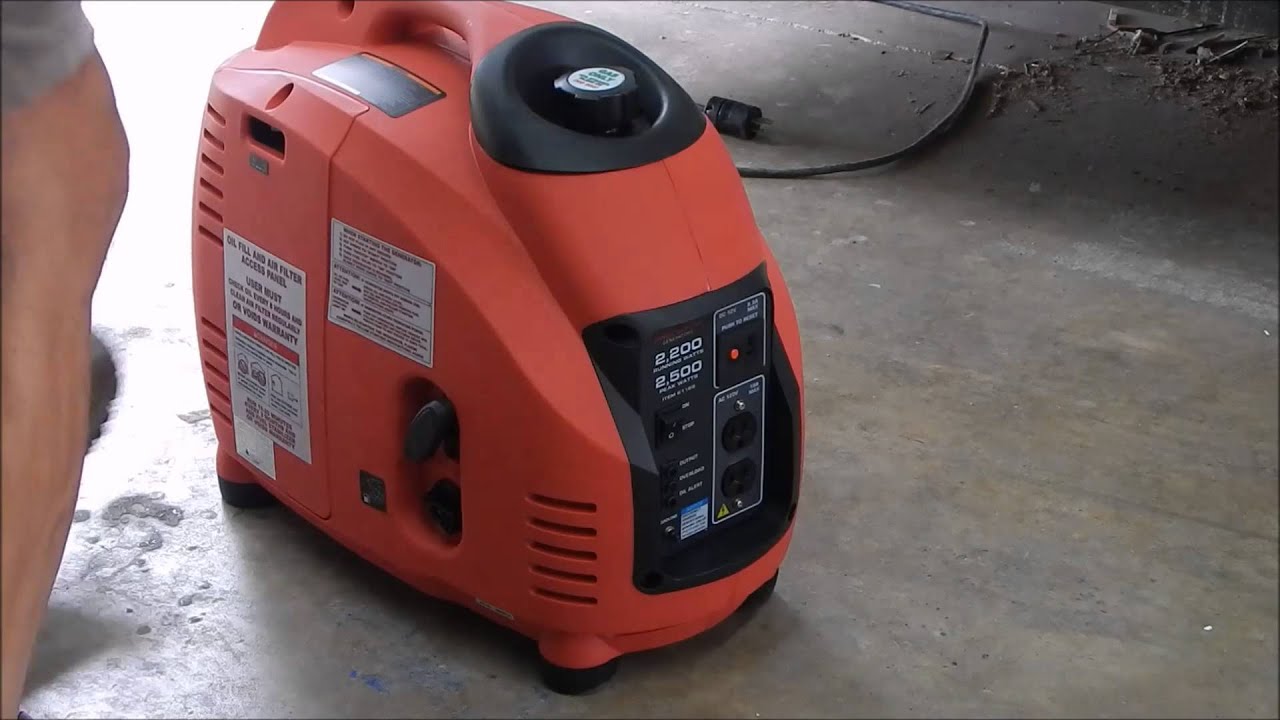 The inverter models made by the Predator Company offer CARB compliant units that can provide the same amount of power to match what Honda inverter generators can provide. In fact, if you would look at their 2000 watt models, you can see that they can both provide 1600 rated and 2000 peak watts.

The Predator 2000 watt inverter generator also has a larger fuel tank than the Honda inverter model. It can accommodate as much as 1.2 gallons of fuel. This allows the Predator to work longer. In fact, it can run for as long as 4.7 hours which is basically more than an hour longer compared to what a Honda can do.

As for the noise level, the Predator inverter generator is slightly louder at 61 decibels. It is also a bit heavier at 48 pounds and it also has a 79.7 cc engine which is not as powerful as what the Honda model offers. Nevertheless, these differences are minimal at best and they are actually hardly noticeable.

When it comes to the Predator inverter, you need to know that the most attractive thing that they can offer is price. In fact, they provide coupons from time to time to make their products more affordable. Since they are newer, their features are designed to beat the Honda from all sides possible.

In most cases, a 2000 watt generator is not intended for powering up large appliances and entire homes. It is typically used to provide you with critical back up during emergencies and power outages. It is also commonly used in outings so you can avail of some minor comforts while you are temporarily off grid.

With that in mind, you should know that because a 2000 watt generator is not meant for heavy duty use, the differences that the Predator inverter generator has with the Honda model are not that significant especially when talking about performance. Selection therefore, depends on your needs.

If you need a generator that you can rely on for years, then you should go to the proven and tested one made by Honda. But if you want to get something that can offer you with the same level of performance without the price tag, I highly recommend that you opt to buy the one made by Predator instead.

While Predator has spent years in developing their inverter generators and in making sure that it beats the Honda inverter generator, its main feature is its price. This is what allows many homeowners and campers who don’t want to spend a thousand dollars on a generator to easily get a reliable one for less.

So you will know what unit to buy, you will have to take a look at your needs and your budget. If you are looking for reliability despite the price, opt for the Honda. But if you just need a rough and tumble unit that you can use from time to time, choose the cheaper Predator inverter model instead.

I am a retired ships engineer. I like to think it is possible to repair equipment owned. Honda would seem the better brand in terms of service and parts.

Where does one find the 2 pin 12V plug that plugs into the 12V receptacle for the Preditor 2000 Inverter?

I am very pleased that a fair and accurate assessment was made between the Honda and Predator generators! I ahve always praised all of Honda’s products but their prices have also been very high. I bought the Predator for half the price and it is excellent. I hope it lasts!