What Smell Do Rats Hate? Using Their Keen Senses Against Them

A lot of homeowners who have had the displeasure of having rats in their homes ask me, what smell do rats hate? We all know that rats have a keen sense of smell and they are also very cunning when it comes to raiding homes, breeding, and especially when it comes to survival. 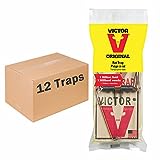 Rats will not only spread havoc in the house in terms of damaging your belongings, they can also spread diseases like leptospirosis, hantavirus, and possibly other viruses and bacteria that they can come in contact with as they forage. They also carry rat mites that can bite humans and possibly spread disease.

Fortunately, the rat’s keen senses, especially their sense of smell can be used against them. They are known to be very cautious when eating food because they cannot vomit. This is why they will use their sense of smell for their own safety. By using specific odors, one can keep rats away from their homes.

What Smell Do Rats Hate?

As a matter of fact, some professional exterminators use peppermint oil to force rats out of inaccessible areas and towards their traps. Rats despise the odor of peppermint, this is why you should put peppermint oil on cotton balls, and drop or place them in areas that are infested with rats.

This technique can also be used to keep rats away from small entrances. You can even soak rags to deal with serious infestations. Unfortunately, it is not for outdoor use since the elements can easily wash away the odor of peppermint. However, you can always opt to plant peppermint outside your house.

Rats are also known to dislike the odor of bathroom cakes. You can buy a couple of them and break them down to small pieces at home. You can then put them at the entrances of rat holes, or in areas where they frequently appear. This can help drive the rats away from your house or from your property.

But you should be very careful when using bathroom cakes, this is because they are caustic and they can damage your skin. If you leave them in the open, they can cause harm to children and pets. They also disappear very quickly when broken into pieces, requiring you to replenish them at regular intervals.

Looking for mousetrap? We suggest the best products at Best Mousetrap Of 2017.

Other Odors That Are Offensive To Rats

By far, peppermint oil and bathroom cakes are the most popular odors used to scare rats away. But others have also had success when using mint and ammonia. These two scents can be too strong for the rat’s nose, and they are also known to have the same or a slightly lesser effect as the previous items.

Some have also used food that has been fermented by Bokashi, a Japanese method of getting rid of organic matter prior to composting. Other homeowners have used naphthalene balls, and citr﻿﻿on﻿﻿ella oi﻿﻿﻿﻿l. When using naphthalene balls or ammonia, you can put it in water and spray it on specific areas.

Aside from these common, or typically available items at home, some have also suggested weird odors that they know can help turn rats away from their homes. Some of these include cat urine, predator urine, and even fox urine. This is because their urine is said to signal death and danger to the rats.

There are those who suggest using ba﻿﻿by powde﻿﻿r since it can act as an intoxicant or kitty litter to make the rats think that a cat is living inside your house. You can also use baking soda since it can be caustic to rats and it can easily drive them away from your house when sprinkled near nests and left overnight. 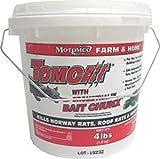 Rats are very dangerous and they can also be very scary. Getting rid of them from your home or property must be your first priority. You can always use traps, baits, and poisons to remove them, but if you do not want to deal with d﻿﻿ead rats, then I highly suggest that you give these odors a try first.

You need to keep in mind however, that these odors are only meant to scare or drive the rats away. They are not meant to cause any harm to them. Nevertheless, when used properly, these odors can be used effectively for different purposes. They can even be used to trap them, or to block certain areas.

You do not have to use these odors all over your house. For example, you can use peppermint oil near pantries and near pet food containers since they can contain food items that are very pungent. This can mask the odor of food and discourage rats from entering your home.

Have you tried using peppermint oil or other odors to drive rats away from your home? Share your experiences and tips with us at the comments section below.