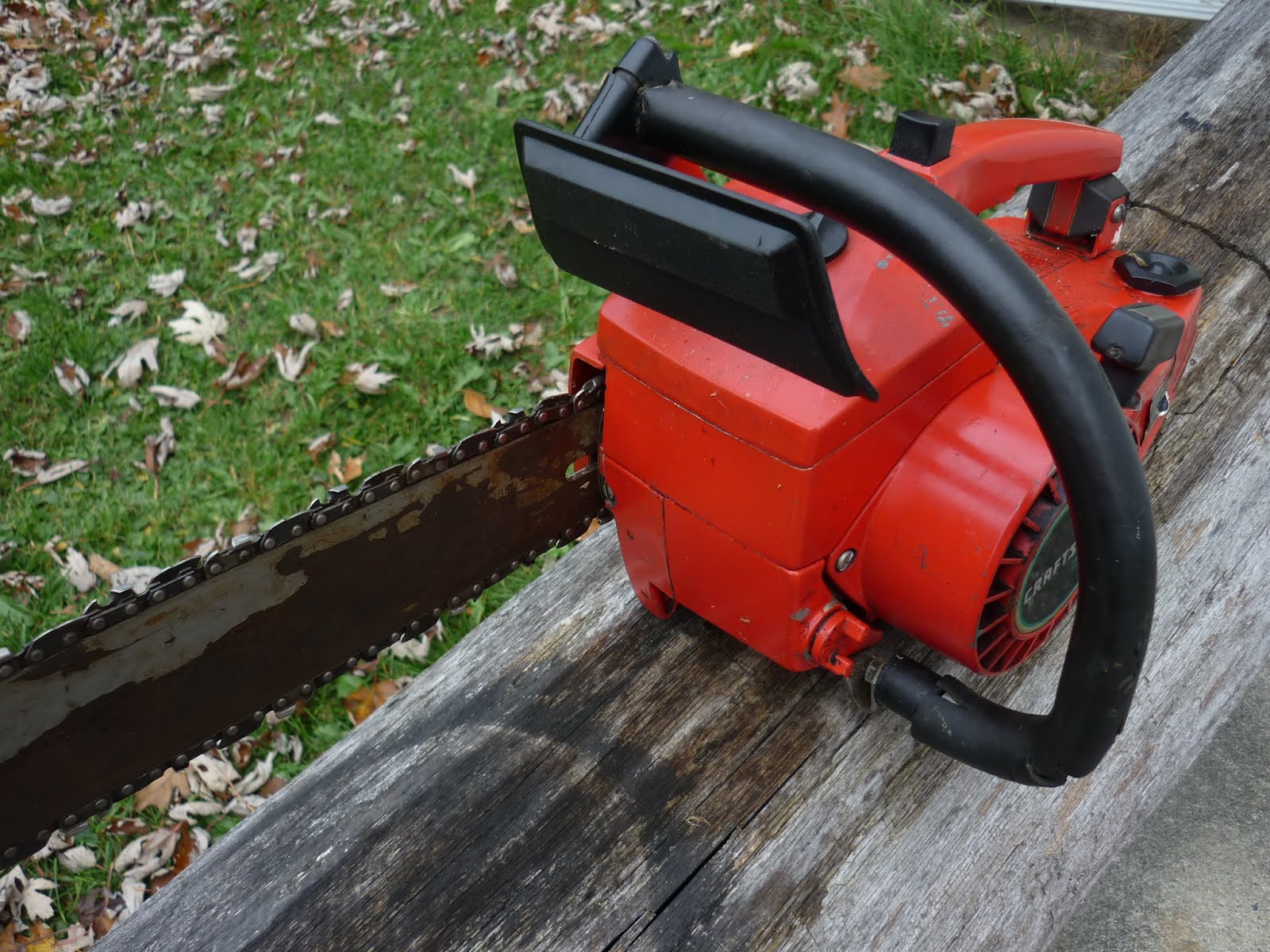 When it comes to buying chainsaws, a lot of people today are very picky. Many buyers want to scrutinize the manufacturer as well as the model of the chainsaw that they want to buy. Unfortunately, there are many chainsaws that still use old brand names even though they are made by other companies today.

This may be because their old manufacturing company has already been purchased or merged with other companies. If you are not careful, you can actually end up buying a nice-looking, new chainsaw that is actually made by a company that is not reputable or one that is not to your liking.

Today, there are those that still prefer to use a Craftsman chainsaw. This is because it has been known for decades as one of the most reliable tool making companies around. However, you need to know that their products are not actually made from the same old manufacturer. Here’s what you need to know:

The History And Quality Of Craftsman Chainsaws

Craftsman began in the 1920’s as a toolmaker that has been bought by Sears for $500. From there, it grew to be a manufacturer of different power tools. In 2014 the company launched their Pro Series chainsaws and today, they are still making them for customers under another reputable manufacturer.

Those who have used Craftsman chainsaws say that their machines are quite powerful. They are very effective when it comes to felling trees especially if you are using the right model for specific tasks. Large chainsaws are typically quite loud but the Craftsman chainsaw is known to be able to idle very quietly. 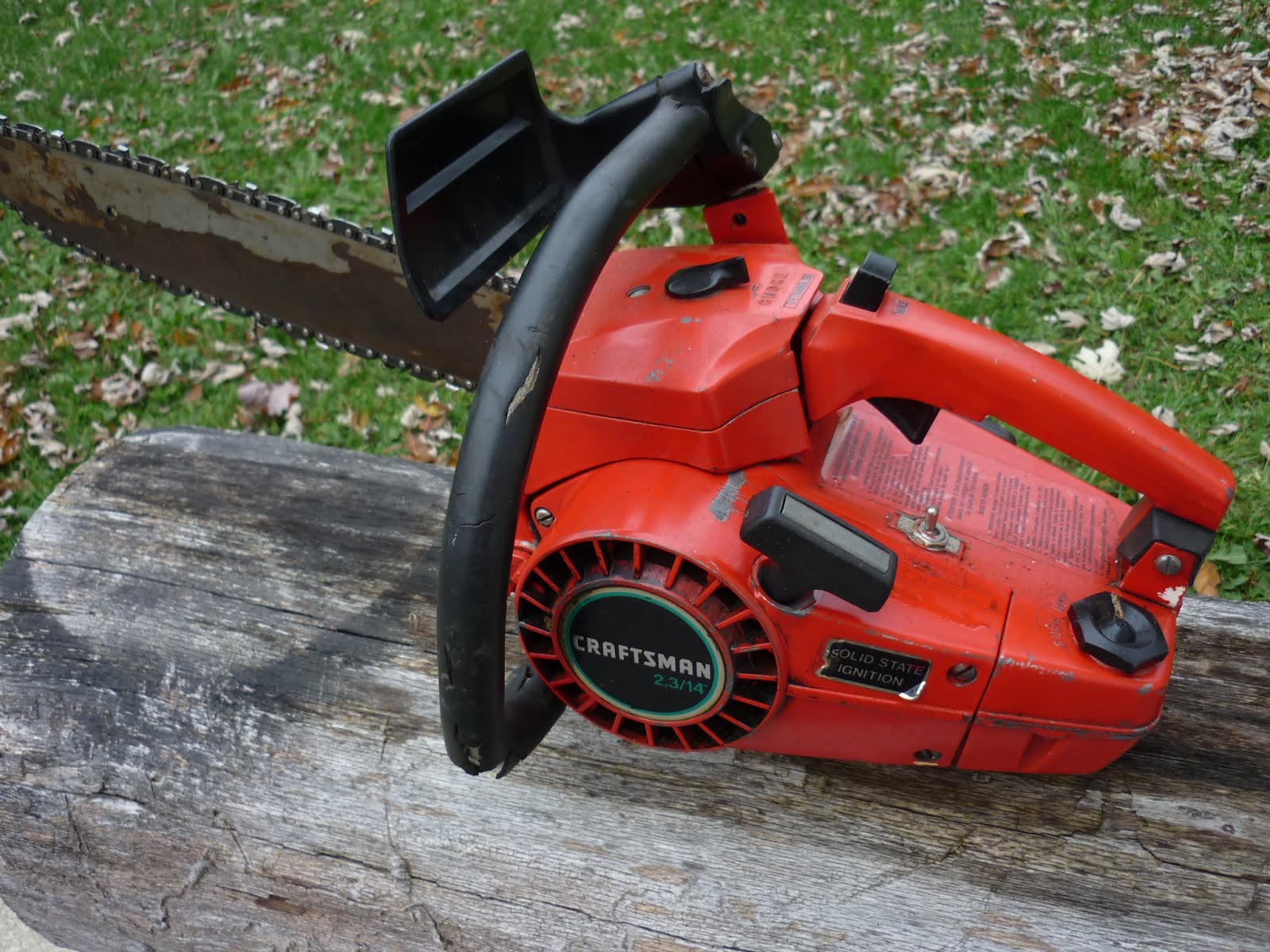 Most popular chainsaws can give you a very strong kickback that can happen unexpectedly. But one of the notable advantages this chainsaw is known to provide is that it makes use of different features that will allow the chainsaw to easily minimize the intensity as well as lessen the frequency of kickbacks.

There are also many chainsaw brands that can easily suffer from problems with the chain. This is because as it wears down, it can easily break and injure you. So for safety purposes, Craftsman saws have a chain catcher that will immediately prevent the flying chain from heading towards your body.

A lot of people today think that because Sears bought the company decades ago, they are now the ones that are manufacturing the Craftsman chainsaws, but this is actually not the case. Another misconception is that they are now being made by the Poulan Company or Poulan Pro.

This might be because of the fact that many of the Craftsman chainsaws look very similar to the ones that are being made by Poulan or Poulan Pro. This is especially true if you compare their 50 cc chainsaw that has the anti-vibration holder with the Poulan "Wild Thing" Gas Chainsaw with the 18-inch bar.

Unfortunately, this is not entirely true. This is because today, most of the chainsaws sold by Sears, like the Craftsman chainsaws are now being produced by the Husqvarna Industries. This is with the exception of products that have the “Incredi - Pull” feature because they are not made by Husqvarna.

They are however, made by MTD. This is the company that produces Bolens and Troy – Bilt products. You should also know that there are those who say that they look like a Poulan because some of their parts are made by Poulan. They are also known to contain some Husqvarna chainsaw parts.

But officially, they are actually made from the American Division of the Husqvarna Forestry Co. which is also known as the Husqvarna Outdoor Products. Although someone has yet to officially confirm the use of Poulan parts on Craftsman chainsaws, you should know that Husqvarna owns Poulan too. 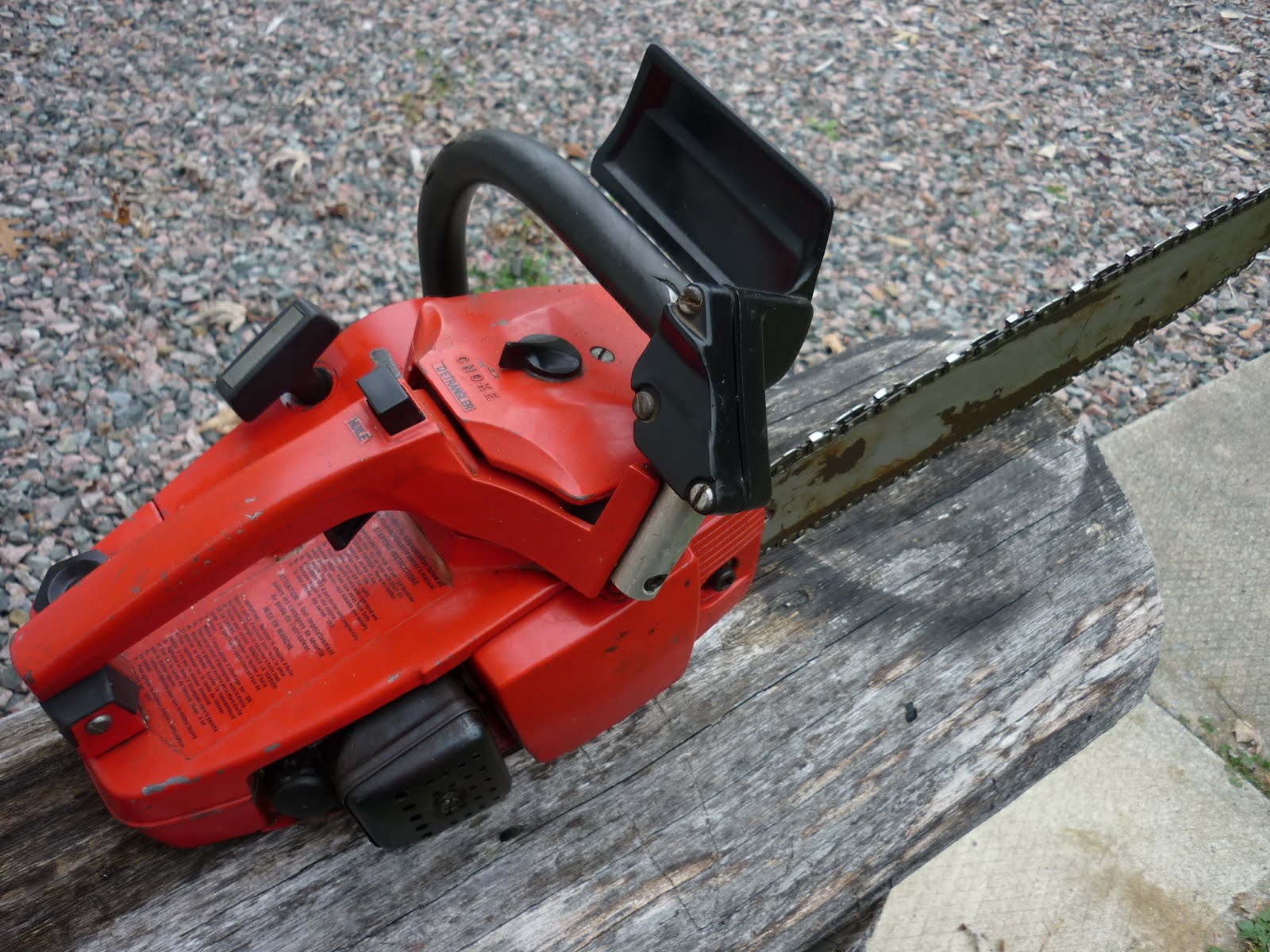 Craftsman chainsaws are known today for their reliability and their power output. A lot of people do love their machines simply because they know that the Craftsman brand has been associated with durable, high quality as well as very innovative American and power tools for a very long time.

Today, many Craftsman chainsaws offer unique features that helps you stay safe by minimizing the incidence as well as the frequency of unexpected kickbacks. Equipped with quality features such as the best c﻿﻿hain﻿﻿saw chain and chain catcher, they are known to idle very quietly. Unfortunately, these saws are not actually made by the original company.

This is because they are actually manufactured by the Husqvarna Industries under Sears. Officially, they are made by the American Division of the Husqvarna Forestry Co. which is also known as the Husqvarna Outdoor products. They might also contain parts from Poulan and also Husqvarna chainsaws.

Have you ever tried using a Craftsman chainsaw? Share your experience with us in the comment section.

Nice write up. Sears in Canada have tanked which is where I am from. Are parts still available if I buy a good user craftsman chainsaw?
Thanks

I’ve used Craftsman chainsaws, my only complaint is that they wear out on me in two to three years. My current one just froze up on me.

I have a Craftsman 18″ 42cc chainsaw that I got in 1998. at first the saw ran good but right away I noticed a puddle of bar oil in the bottom of the carrying case after it sat for a couple days. I took the saw back to the warrenty shop. I explained to the guy what was going on and he said he would check it out. A few days later I picked it up, supposedly repaired. within a day or two the same thing, fresh oil leaking out of the saw. I took it back again to the same place and after it was checked out again the person said they didn’t know what was causing the problem and that I should store the saw laying on its side with the filler caps up!! Now that”s a quality repair job ! Anyway , a few months after that the fuel cap started leaking fuel out of the vent hole. With that said I will never buy a Craftsman gas powered tool.. I wonder if all their saws did that or did I just get the “the so called lemon”

Hello all I owned a carftman chain saw modal 358354871 I need parts all who I talk to do not have the parts they say they have been discontinued I love how it cuts it is great no parts no work in saw .Mike from Alabama

I don’t know how much you have run a chainsaw, but as a former professional logger, I have a hard time remembering a chain breaking on any of my dozens of saws I’ve owned in my lifetime. We used to pick on guys with Craftsman saws, preferring Huskies, Jonsereds, Pioneers, Sachs Dolmars,…..but after all these years I find out that for the average guy, the Craftsman is a great saw, durable, decent power, reliable. The only wood I cut these days is 15-16 cords a year to heat my home, but I bought a Craftsman 42cc with an 18 inch bar for $139 in 1999 and used it almost exclusively until 2010 in this way and never had to do so much as change the spark plug. I was amazed. The only reason I stopped using it is the studs holding the bar started turning in the case making it impossible to tighten the side cover/bar. A friend gave me a Craftsman’s Best 46cc with a 20″ bar and I’ve been using it ever since. I bought a Poulan 5020 and a Coocheer recently but they don’t measure up to the Craftsman. It does the same job at half the price of the name brand saws.

I own a craftsman saw I was skeptical at first but have grown to love it.

Ive been writing craftsman in ref to their chainsaw line. They are manufactured by mtd and husqvarna (thr latter of which owns poulan). The chainsaws with a prefix 358 in the model number designates a husqvarna manufactured saw.

I stopped reading when you said “craftsman makes”…craftsman is a brand name. They dont MAKE anything. Power tools were made ORIGINALLY buy King Seeley tools division until Enerson Electric tools division bought them out. Nowadays floor bench standing tools are mostly Ryobi and Delta. Most hand held power tools are Porter cable or Delta.

Hand tools have been made by many actual manufacturers depending on line/proce point. Anderson, Matco and even SK have made their professional and industrial lines…homeowner lineup started off as New Britian which was sold off over the years and eventually became Stanley Tools division. Hammer, punches chisels, screwdrivers and pliers were and still are made by Western Forge, a sister company to SK.

Why do you think Sears owns Husqvarna? Did you actually look up any of the information about the brands and manufacturers before you wrote this nonsense? Do you know anything about chainsaws?

I bought a Craftsman chainsaw 5 yearsa ago. I have always been a loyal Craftsman man. This was a piece of junk from the first day. I do know how to work a 2 cycle engine. But this thing would stall, rarely rev high enough. Not easy to start. It leaked oil severely if it was in any position but level. And the @$%# gas cap!!! It is so tight, I need pliers to take it off and on. Maybe I got a lemon, but it left a real sour taste in my mouth. Never again.

This is my second chainsaw by Craftman which has a 16in bar. So far I am very pleased with the saws operation and handling. Sears products have always been a part of my life because of been so reliable.

Craftsman tools are great their chainsaws suck. Be prepared to spend about 80% of your time working on it and the other 20% using it wondering when the next breakdown’s gonna be. Spend your hard earned money on a Stihl or Echo and save yourself some time, headache and heartbreak… Trust me you will thank me later.

I currently own the craftsman 2.0 10 chainsaw. ive not really had the chance to fully test it out properly.
But will be doing soon.
From what ive tested it out on .ive no complaints .it does tend to take a few good pulls to get started but once started it runs like a dream .
When purchased it needed a new fuel line and filter which to be honest was the easy to do .
And could possibly need a new spark plug soon .other than that .im happy with the chainsaw